"The Credibility of Leaders" 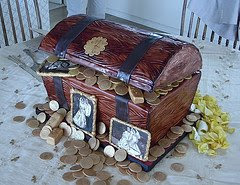 Here in the UK, we have been reading for weeks now about the amount of money our Members of Parliament (MP's), have been taking from the public purse to pay for their expenses. Extraordinary though it now sounds, this information had been kept secret by the MP's until they were forced by law to reveal it.

Many of the claims for expenses were clearly extravagant and undoubtedly made because the public were not expected to find out about them. One of the depressing parts of the saga is that many of the MP's claim they were within the rules (which they devised themselves) or tried to justify themselves through the use of spin and their well-honed art of deceptive communication.

On the Leadership Skills courses that we run at ManageTrainLearn, we devote a fair bit of time to the credibility of leaders, on the grounds that when a leader's credibility goes, so does their moral right to lead. Under the heading of "credibility", we look at all those associated attributes such as honesty, integrity, ethics, candour, service, and authenticity. When these disappear, all a leader has left are the trappings of leadership such as the use of spin and deceptive communication.

There is a story that I love that comes from Ken Lloyd in his book "Be the Boss Your Employees Deserve". This is how it goes.

Two businessmen, one single and one married, formed a partnership and amassed a fortune of 200 gold pieces.

The married partner, however, fell ill and, as they had not decided on how the 200 gold pieces would be split, told his partner, "If I should die, give my wife whatever you want."

The married partner died and so the remaining partner went to the widow and gave her just one gold piece keeping the remaining 199 for himself.

The widow, knowing her husband to have been wise, caring, and honest, decided that this was not what he would have wanted and went to a wise man to ask how the money should be split up.

The wise man called in the remaining partner and heard what had been agreed. After much deliberation, the wise man told the greedy partner, "Give the widow 199 pieces of gold and keep one for yourself."

Incensed, the partner protested that he had followed the spoken agreement to give the widow whatever he wanted and so was "within the rules".

"Because they're exactly what you "want"," replied the wise man.

Oh for a wise man now for a class of discredited leaders.
Posted by Eric Garner at 04:13 No comments: 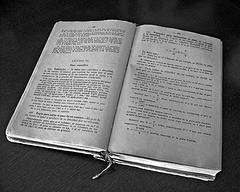 I'm often asked by would-be trainers how they can connect better with their audiences, particularly those who are not too keen on being on the training.

In truth, this isn't a problem just for new trainers. Us old ones also experience it from time to time.

My answer is that, if you are going to spend a day or more with people who perhaps don't know you too well, you need to become a skilled rapport-builder.

On the ManageTrainLearn Customer Care courses, we put rapport-building at the top of the customer communication skills. It's one of those skills that have lots of sub-skills, all of which can be practised on their own. These include:

1. finding something in common with your trainees
2. displaying empathy with their problems
3. using small talk to break down the barriers
4. dropping people's names into the conversation in understated ways
5. using humour to bond with them
6. showing them you're just like them through mirroring, resonance and pacing
7. respecting them.

My favourite story about building rapport comes from self-development guru, Anthony Robbins, and is called "Oops!"

It might serve as a reminder of how to click with your trainees, even if they start off in mischievous mood.

"A class of schoolchildren decided one morning to play a prank on their new teacher who was late in arriving. At a pre-arranged moment when she eventually came in and reached her desk, all the children dropped their books on the floor.

Noticing at once what was going on, and determined not to play the part assigned to her, the teacher put down her chalk, picked up her own book, and, as the children all waited to see what she would do, accidentally dropped it too.

"Sorry I'm late," she said, picking up the book. "Let's start at page 23." And she continued as if nothing had happened.

From that moment on, she had the children eating out of her hand.
Posted by Eric Garner at 08:50 No comments:

"You Have To Want To" 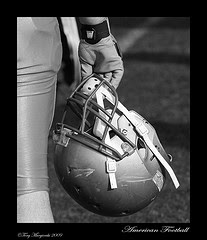 It's a funny thing about training and learning. We often assume that, when people don't perform, either individually or as a group, it's because they lack the skills, or the ability, or the talent. We then jump straight into all sorts of training programmes or skills assessments or coaching plans to rectify the situation.

But, of course, we could be barking up the wrong tree.

There once was an important football game between two teams. One team was much larger than the other. The larger team was dominating the game and beating the smaller team. The coach for the smaller team saw that his team was not able to contain or block the larger team. So his only hope was to call the plays that went to Calhoun, the fastest back on the pitch who could easily outrun the larger players once he broke free.

The quarterback stood tall and told the coach, "Four times I called the play to give the ball to Calhoun. The problem was that Calhoun did not want the ball."

Trevor Bentley is a trainer and facilitator who often puts a sign up in his training seminars. It says:

"If you can talk, you can sing,
If you can walk, you can dance.
Anyone can juggle and ride a unicycle, including you.
But you have to want to."

Perhaps, sometimes, it isn't a training programme you need; but a motivation one.
Posted by Eric Garner at 11:47 No comments: