"The Point Is To Labour" 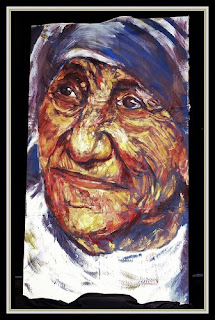 This last year has seen the spotlight on organisational values as never before. Particularly, but not exclusively, here in the UK.

First, we discovered that our big banks were no longer true to the values of thrift, prudence, and good housekeeping.

Then we found out that some of our top bankers cared more about the value of feathering their own nest than looking after their customers' cash.

And finally we saw how some of our politicians paid more attention to the value of personal profit than public service.

The resulting debate over values only serves to underline Alvin Toffler's quote that "every organisation has a values system and it is at least as important as, if not more important than, its accounting system and authority system."

My favourite story about the value of values comes from Mother Teresa, the Catholic nun who founded the Mission of Charity in Kolkata in 1950 and worked tirelessly for the poor, the sick and the dying until her death in 1997.

The story is that a woman from America decided to go and work for Mother Teresa in her Kolkata refuge. The woman was married to a rich businessman and an accomplished fixer in her own right. She thought that her skills could make a real difference to Mother Teresa's work and at the same time bring her some enrichment and enlightenment.

When she arrived at the refuge, she saw the nuns on their knees cleaning the floors with old cloths. A month after observing the harsh conditions, she went to Mother Teresa and said, "Mother, I have noticed how hard you all work. I have a lot of connections back in the States and I can get you everything you need to clean this place. Brooms. Mops. Cleaning machines. And it won't cost you a penny."

"Yes," replied the woman, "they'll save you time and labour."

"Labour-saving devices?" replied Mother Teresa. "But, my dear, the point is to labour," and, with that, she smiled and walked away.
Posted by Eric Garner at 06:31

I love you Mother Teresa , love ur all words also and we all miss you a lots .
Your blog color and post are very interesting. Pls visit my blog too - http://myincomebridge.blogspot.com/