"The Year of the Visionary" 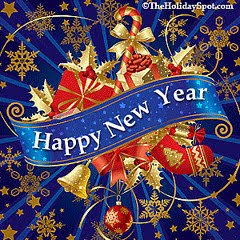 The New Year has always been a time for making new resolutions about the year ahead.

This year is no exception. About.com have even published a list of the most wanted resolutions for 2010, the top 5 being:

Of course, in reality, most of us who make New Year resolutions won't keep them. Research suggests that only 12% of us actually go on to achieve them. Which means that 88% of us fall by the wayside.

Why is this? Why are the vast majority of us no good at getting what we want?

Mike George of relax7.com says it's because when most of us set goals, we're in one of 6 modes. These are...

1. worriers, who as soon as they make a resolution to do something new, worry about how they're going to do it and what they'll have to give up.

2. hopers, who have a vague sense that somehow their resolutions will work out but have no plan or follow through.

4. wanters, whose focus on the wanting results in more lack, or "wanting".

5. dreamers, who spend more time imagining the desired state than actually doing anything about it.

6. aimers, who put all their efforts into goal-setting and action planning so that, while they may achieve their aim, the effort needed to sustain it is too great and so the change doesn't last.

These are not the ways to achieve the changes you want in your life. The best way to do that is much more simple and subtle. It is to become the person who has already become what it is you want.

To do that, you have to turn the normal process on its head. Instead of first having the means to get what you want and then using that to be someone different, - the "have, do, be" cycle, - simply be the person you want to be and all the rest, the doing and having, will follow by itself. In other words, be, do and have.

Mike George describes the person who lives this way as the "seer" or "visionary". Such a person is on a different plane entirely from the worriers, hopers, followers, wanters, dreamers, and aimers.

Here is how Mike describes them:

"The visionary either knows what lies up ahead or they know whatever they envision for their life is likely to evolve in the most natural way. The visionary forces nothing, least of all thoughts about the future. They know that if they sit quietly and pose a simple question, while being fully present in the moment called now, the sense of what is to unfold in their life will become clear. They are aware enough not to worry or desire, as they know that such habits block the emergence of clear insight into what will be. They trust their intuitive abilities. They surrender to whatever subtle insights and feelings may arise. And deep within their heart there is both gratitude and grace, and a clear awareness that life itself is the greatest gift, an opportunity to create beauty and a responsibility to show others the way ahead."

Now there's a resolution for a new year. And a new life.

A very happy New Year to you!
Posted by Eric Garner at 03:26