The Charm of Stories 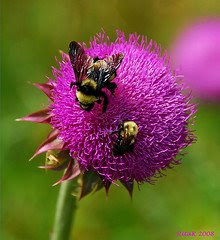 As a trainer, I often have trouble explaining a concept that is new to people.

For example, how would you convey the idea of "leadership" to a newly-promoted manager who has excelled as a technical or professional person and never had to manage people?

I had the same problem recently on a train-the-trainer course with the word "facilitation".

Now, this is a pretty difficult idea to start with. The dictionary defines "facilitation" as, "the act of assisting or making easier the progress or improvement of something" which may be correct but doesn't help someone trying to understand it or learn how to do it.

In the end, I resorted to a device that rarely fails: telling a story. And I used the following one about Walt Disney.

One day, Walt Disney was showing a group of schoolchildren around his studios in Burbank.

When Walt asked the children if they had any questions, one little boy put up his hand and asked, "Mr Disney, do you draw Mickey Mouse?"

Disney thought for a moment and said, "Well, no, I don't. Not any more."

The boy persisted, "Then do you think up all the jokes and ideas?"

This was at a time when the Disney studios were at their most popular and Disney employed large numbers of creative staff.

The boy looked puzzled and looked straight at Disney disbelievingly, "So what do you do, Mr Disney?"

"Well," said Disney picking his words carefully." Sometimes I think of myself as a little bee. I go from one area of the studio to another and gather pollen and sort of stimulate everybody. I guess that's the job I do. I certainly don't consider myself a businessman and I never did believe I was worth anything as an artist. Yes, I'm a bee with pollen."

My listeners were thoroughly taken in by the story. They found it true-to-life, amusing and instructive. I wonder how many of them went back to their workplaces with the idea of becoming bees with pollen.

So, if you ever have to convey an important concept to others, don't rely on language alone. Tell a story. Paint a picture. Engage people's emotions.

PS We use stories in all the e-learning materials at ManageTrainLearn whether to teach unfamiliar skills such as Facilitation or more familiar skills such as Time Management. Why not find out for yourself by taking a look at what's on offer here? It's what we call "learning the MTL way".
Posted by Eric Garner at 06:40 No comments:

"Slowing Down to the Speed of Life" 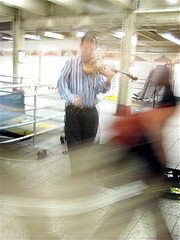 You may have noticed recently that these newsletters have been a bit late. If that's bothered you, I apologise.

Now you might think that the reason for my lateness is that I've been too busy.

Well, in the past, that would have undoubtedly been the case. Too much on my plate. Too many deadlines to meet. Never enough time. Other priorities. You know the score.

However, over the last couple of weeks, I've been practising a new approach to work. It's called "slowing down to the speed of life".

It all started with me reading a news article about why Finland is the top country in the world for science education. Apparently the reason is two-fold. First, Finland employs only well-skilled teachers. And secondly, they slow down to the pace of their students. Unlike other Western countries that focus on deadlines and targets, the Finnish focus on the rate at which their students pick things up. And, as we know, no two people learn at the same pace. So they go at the rate of the slowest.

Doing things quickly is one of the sad symptoms of our global, anonymous, work-filled lives.

I recently heard about a man standing in a metro station in Washington DC playing the violin. It was a cold January morning and people were hurrying as usual to their places of work.

The man played six Bach pieces for 45 minutes. In all that time, only 6 people stopped to listen. The longest was a child of 3 who was quickly rescued by his mother to re-join the rushing stream.

At the end of the 45 minutes, the man had collected $32. He stopped playing, packed away his violin, and left the concourse without anyone knowing.

That man was Joshua Bell, one of the most celebrated violinists in the world. Two days earlier, he had sold out a concert hall in Boston with seats costing an average of $100 each.

If you're like I was, and find yourself caught up in the maelstrom of everyday working life, why not introduce a few minutes each day when you slow down to the speed of life? Just take your time. Tune in to the pace of things, not people. Saunter and relish each passing moment.

If you do, you might then catch a world-class musician playing for you personally. Or learn more Finnish science. Or get a newsletter finished on time.
Posted by Eric Garner at 08:34 No comments: 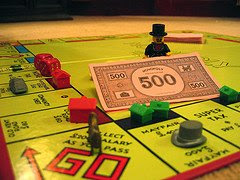 This week, the top 20 world nations, economically-speaking, are meeting in London to sort out the global credit crisis. No doubt they will tell us of some plans that, given the mechanisms and sums involved, will be incomprehensible to most of us.

Last week, we heard about two other responses to the financial crisis at a more mundane level.

The first was the news of an early morning attack on the home of former Royal Bank of Scotland boss, Sir Fred Goodwin, in which missiles were thrown at his house and Mercedes car.

The other piece of news was the result of a survey into the business crisis by the UK Chartered Management Institute.

1118 senior managers were asked how they were responding to the downturn. To the surprise of many, a majority of respondents said they were refusing to let the gloomy news dampen their enthusiasm. Unlike the recession of the 1990's, in which most businesses reacted by cutting costs, today's business leaders said they remained positive.

And they are doing this by concentrating on two particular areas.

The first is an increase in training for their core staff. The second is a focus on the twin skills of management and leadership to see them through.

In a choice of attacking bankers or investing in the people in your business, it's not hard to see which route makes most sense.

For just as uncertainty, fear and a lack of self-belief led us into this situation, so positivity, confidence, and self-belief will lead us out.

I hope at the coming summit, the world leaders will follow the lead of those UK managers who are enthusiastically investing in their people.

I hope too that they will pause to remember the words of the greatest business enthusiast the world has ever seen, car maker Henry Ford, who said: "You can do anything if you have enthusiasm. It is the yeast that makes our hopes rise to the stars. With it, there is accomplishment. Without it, there are only alibis."

PS If you want to follow the lead of those business leaders who are investing in their staff, and you don't know where to start, then ask us. ManageTrainLearn has a wealth of experience and skills across the whole spectrum of management and personal development. Just drop us a line now and let us know how we can help you.
Posted by Eric Garner at 00:19 No comments: